22. května 2012  12:16
David Brunnstrom & Adrian Croft, Reuters (USA)
NATO put on a brave face at its Chicago summit but the reality is that the alliance has been weakened by the euro zone crisis and faces an identity crisis about what its role will be once it ends its intervention in Afghanistan in 2014. (...) Despite the doubts, few see the United States walking away from NATO or the alliance breaking up because Washington knows it can generally count on its European allies in time of crisis and derives valuable political support from them in pursuit of its interests. 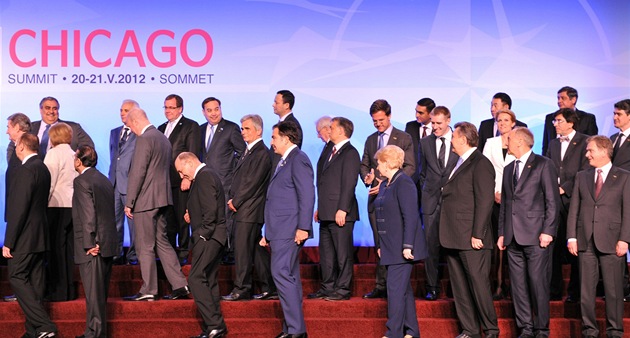 Arthur I. Cyr, The Korea Times (Korea)
Robert Gates in June 2011 delivered a farewell address to NATO in Brussels. He generated controversy with blunt criticism of allies for insufficient spending on defense. Managing alliances, in domestic politics or across the ocean, is extremely tough work. Chicago, past and present, effectively demonstrates this reality of life.

Editorial Board, The Washington Post (USA)
NATO leaders might feel that if they don't talk about Syria, these outcomes won't be blamed on them. They are, after all, preoccupied in their search for the exit from Afghanistan. But President Obama and his allies cannot shirk this issue indefinitely. As Syria burns, the Libya "victory" rings increasingly hollow.