3. prosince 2019  14:50
James Griffiths, CNN (USA)
The North Atlantic Treaty Organization is looking more disorganized than ever, but a major Pacific rival could help push them back together. 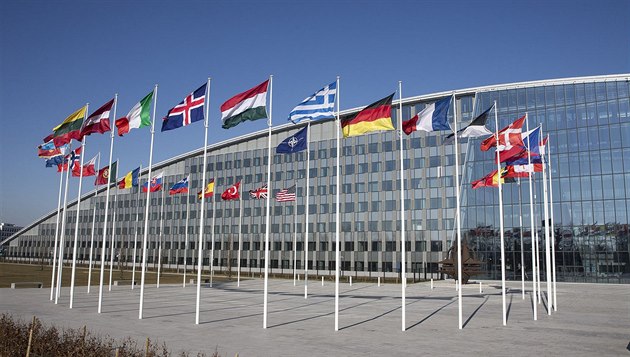 The Man Who Figured Out Trump

As leaders of NATO’s 29 member states meet in London to mark its 70th anniversary, the military alliance faces a wide array of critics and challenges. It seems an impossibly long and difficult set of issues, certainly not ones well suited for a former anti-war activist, someone who once opposed his own country’s membership in NATO. Yet that is precisely who is at the organization’s helm. Meet Jens Stoltenberg—the unlikely leader who may well be doing more than anyone else to hold NATO, and the West, together.

Despite Acrimony Among Leaders, NATO Is Making Strides at 70

Robbie Gramer & Lara Seligman
3. 12. 2019, Foreign Policy (USA)
Trump’s bullying prompted NATO Chief Stoltenberg to praise the U.S. president for his “leadership on defense spending,” and the alliance is bolstering itself against Russia.

Why NATO is worth preserving for US, Europe — and even Russia

Peter B. Zwack
3. 12. 2019, The Hill (USA)
The summit comes at a pivotal time — accentuated by French President Emmanuel Macron’s recent declaration that the alliance was “brain-dead” — where the United State’s traditionally guiding role and philosophy appears more confusing than affirming for our allies in NATO and worldwide.

Turkey, Not Trump, Is the Biggest Threat to NATO Right Now

Simon A. Waldman
1. 12. 2019, Haaretz (Israel)
Trump cuts funding, Macron calls it ‚brain-dead.‘ But neither are NATO’s most pressing challenge from inside the alliance. NATO needs to show Turkey tough love - now

How Americans and America benefit from NATO

Tom Rogan
3. 12. 2019, Washington Examiner (USA)
It was apt that President Trump departed for a NATO summit under deep rain. The alliance’s meeting in London, after all, comes during a time of escalating tensions between America and its European allies. But although the 29-member alliance faces real problems, it continues to offer instrumental service to American interests.

It’s Not Just Trump. The American People Are Skeptical of NATO, Too.

Mark Hannah
3. 12. 2019, Politico (Belgium)
It’s not just President Donald Trump who is skeptical of the North Atlantic alliance, in other words. It’s the American people. To the extent that U.S. citizens think about NATO at all, they disagree about whether honoring its commitments would be worth the sacrifice.

Ian Bond
3. 12. 2019, EUobserver (Belgium)
What a difference a decade makes. Nato’s 60th birthday celebration in 2009 was a show of confidence, sprinkled with the stardust of Barack Obama’s first official visit to Europe and culminating in a 62-paragraph declaration covering everything from the Arctic to Africa. France announced its full reintegration into Nato’s integrated military command structure, and Albania and Croatia officially joined the alliance. By contrast, the 70th anniversary finds the alliance looking doddery and unsure.

Erdogan, Angry at NATO, Is Putting Turkey in Good Bargaining Position Ahead of London Summit

Zvi Bar’el
3. 12. 2019, Haaretz (Israel)
Erdogan is not only angry at France. He is demanding that all the NATO countries support the Turkish invasion into Syria, and regard it as a justified war that Turkey is waging for all of the organization’s members. In particular, he wants the NATO countries to classify the Kurdish forces as terror organizations. And he knows this won’t happen.

Does NATO die when France’s Macron wants it dead?

Mehmet A. Kanci
4. 12. 2019, Anadolu Agency (Turkey)
London summit will either redefine alliance or give birth to new crises due to behavior from leaders like French president

Jordan Schachtel
4. 12. 2019, USA Today (USA)
President Donald Trump rightly expressed frustration with our allies and asked them to make good on their financial commitments to NATO. He sees the statements that come out of European prime ministers’ offices regularly championing the importance of NATO. He then observes several NATO allies busily ensuring its decline with double-dealing and deception.